In “The Red Horse”, which is his debut in feature film production, its director Stole Popov follows the good tradition of linking Macedonian cinematography with Macedonian literature. This time we have as a foundation the novel with the same name by Tasko Georgievski. Both the novel and the film deal with the last days of the Greek Civil War, the failure and expatriation of the Greek Democratic Army, which consisted of both Greeks and Macedonians.

In “The Red Horse” Popov also directed his artistic potential towards historical themes which was until then one of the distinguishing features of Macedonian cinematic poetics. Thus the period which the dramatic action of the film stretches over starts with the end of the Civil War, through the zenith of Stalinism in the USSR and Stalin’s death in the beginning of the 50’s, finally reaching the beginning of the 60’s. The confusion in the ideological consciousness is very well plastically matched with the conclusiveness of the space in which Boris Tushev and his comrades are forced to exist as expatriates.

From the multitude of interesting characters offered by the novel, Popov focuses his attention on the characters of Boris Tushev, and it is through his life that Popov form this entire drama of physical exodus and spiritual exorcism. The character of Boris is indeed the most complexly constructed character in the film and is very successfully played by Bata Zhivojinovic. Other members of the cast include: Kole Angelovski, Dancho Chevrevski, Meto Jovanovski, Ilija Dzuvalekovski, Ilija Milchin, Mustafa Jashar, Risto Shishkov, Mladen Krstevski, Kiril Ristevski, Radmila Zhivkovic, Silvija Jovanovska and Lile Georgieva.
The cameraman Branko Mihajlovski and the set designer Vlastimir Gavrik suggestively convey their experience and creative superstructure of the film, very successfully on the realistic and very functionally on the dramatic level. The music by Ljupcho Konstantinov follows this line of dramatization. 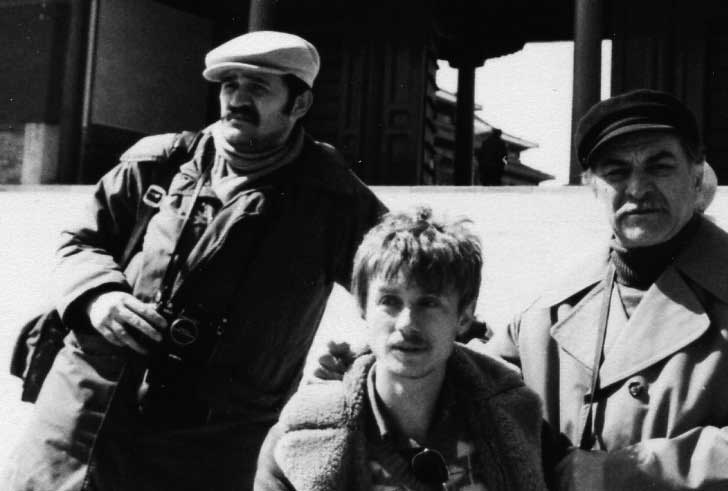 “Don’t miss the message of the deep humanism in the Stole Popov’s film THE RED HORSE.. It consists of several scenes filmed in China, with the unrepeatable Bata Zivojinovic in one of his most powerful roles, and all of that made by director with a style and vision”.

“In this moment I believe in Stole Popov and Emir Kusturica. This comes from my affinity of films that have blazing character, connected and attached to the human passions, just like their films. I mean about THE RED HORSE, DOLLY BELL and FATHER ON A BUSINESS TRIP.”

“THE RED HORSE is epic history for national moral, or, better said, for the moral of national identity. It is a drama of collective consciousness, tempted and affirmed for who knows how many times.”

tole Popov’s film THE RED HORSE breaths with an intensity of one antique drama, pictures of wide landscapes, disappointed people, who hide in alcoholic states and life lies, and document the long tragic life path of one disillusioned man.

THE RED HORSE is poignant film about exile, directed by Stole Popov… With great conviction, Bata Zivojinovic plays a heroic partisan fighter who becomes so disheartened that he renounces everything to return home only to find a foreign land where he no longer belongs.